The CFA Institute Research Challenge is an annual, global competition that provides university students with hands-on mentoring and intensive training in financial analysis.

In the 3-months competition, there are several teams of student compete on researching and analyzing a publicly traded company – known as the “Subjected Company” then write a research report on their assigned company with a buy, sell, or hold recommendation and present their reports to a board of professional analyst.

After 7 successful year years, in CFA Research Challenge 2018 – 2019 is hosted with ACB (Asia Comercial Bank Jointstock Company) as the Subjected Company, the competition is sponsored by Foreign Trade University. There will be 15 teams take part in this year competition. The list about joining teams is following:

The Middle:
– Danang University of Economics

Officially been hosted since 2011, CFA Research Challenge is known as a prestige competition in financial and investment. 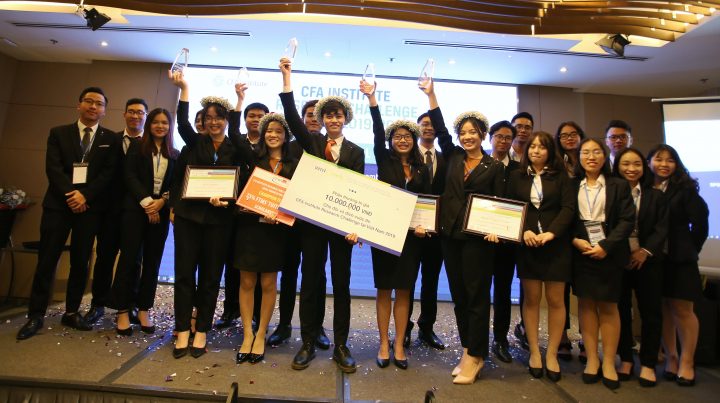 (Nov 9, 2019) Over three months of the competition, nine teams with the best investment reports will enter the semi-finals.…

The CFA® Institute Research Challenge Vietnam 2019 – 2020, hosted by CFA Community Vietnam, has officially been launched in 2…